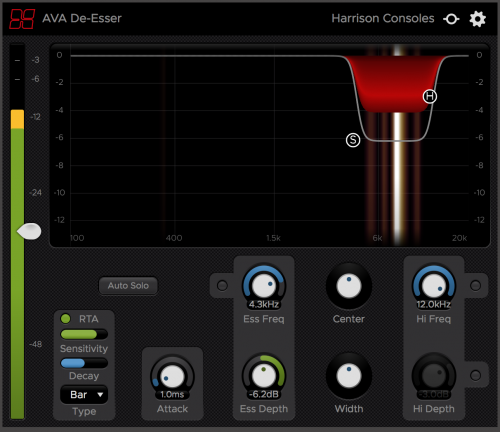 The AVA De-Esser is the latest implementation of Harrison’s renowned De-Esser algorithm, used in ultra high-end post & film facilities worldwide. Now in the fourth generation, the Harrison De-Esser algorithm has been continuously tweaked by their customers in high-end studios around the world. It enables you to tune into harsh sibilance in real-time and eliminate it.

Harrison’s reputation for "True Analog In-The-Box" sound is due to a unique development heritage, where they first created an analog console processor and then converted the processor to digital while retaining the sound and character of the original analog system. 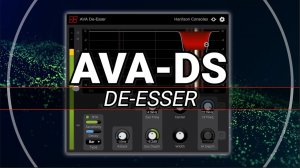