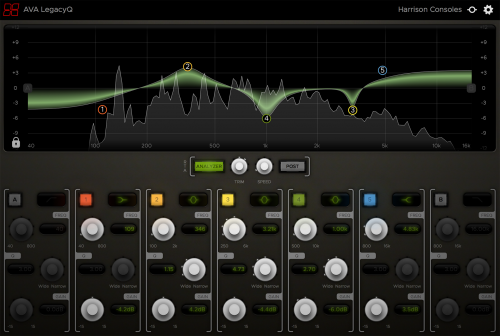 The AVA LegacyQ is a plug-in version of Harrison's original MPC digital equalizer, it began life as a digitally-controlled analog circuit and was later adapted to digital while being used in ultra high-end post & film facilities worldwide.

Harrison’s reputation for “True Analog In-The-Box” sound is due to their unique development heritage; first creating an analog console processor and then converting the processor to digital while retaining the sound and character of the original analog console.

Like the original, the AVA LegacyQ is optimized for use with control surfaces. Each band covers a limited range equivalent to its original analog counterpart, and the “Q” shape is designed to optimally match the operating range of a physical knob. 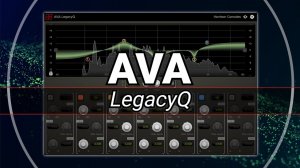 00:01:21 by Harrison Consoles Aug 23, 2018
Hello, I have become self-aware and made a video about the NEW AVA LegecyQ CROSS-PLATFORM PLUGIN. I HAVE LOWERED THE PRICE. Hurry before the humans detect me!