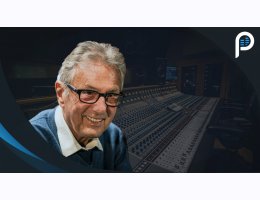 Since the 1950's, Al Schmitt has been an integral part of creating the world’s most famous recordings.

In this 90 minute tutorial, watch as twenty-two time Grammy Award-winning engineer, Al Schmitt, tracks a full band from start to finish. First, Al’s assistant engineer, Steve Genewick, will give us a tour of Capitol Studios and show how Al sets up his Neve 88R, patches and sets up the outboard gear and manages complex headphone mixes.

Then, Al will mic up the instruments, dial in the sounds, and explain his thought process while tracking the amazing Cyrille Amiee.

And hear Frank Sinatra’s famous Telefunken U48, used on all of his Capitol recordings! 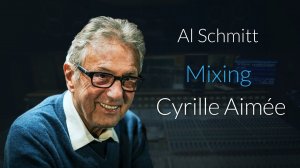 00:01:06 by PureMix May 8, 2018
In this video it's your turn to sit next to one of the greatest mixing engineers of all time and see how it’s done in the control room of the world famous, Studio A at Capitol Studios.