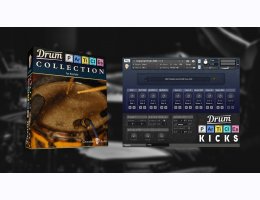 A collection of must-have drum samples

The Drum Particles Collection features all of the samples and sounds from Chocolate Audio's current product line:

This product was formerly named: Drum Singles on March 15, 2017.

The Black Album Drums is a drum library for BFD3 and Kontakt 5.5 (full version) inspired by the drum sound featured on the "Black Album" by Metallica from 1991.

It features the kit played on that record, not just the same model, that exact kit (a 1980 Gretsch with Zildjian cymbals and a Tama Bell Brass snare).

In addition to the original kit, there are 2 additional snares, a Ludwig 1970s and a vintage Black Beauty), dual kicks (L&R), 5 toms, 4 crash cymbals, an additional china and ride cymbal.

Chocolate Audio approached the production of this library with an enormous amount of respect and love for the sound they wanted to capture: one of the signature sounds of the history of Rock and Metal music. To this extent, we were lucky to track down a large number of information and material regarding the sessions we were inspired by.

All of these kits come with 3 sets of cymbals sampled from a Zildjian A series set (stick and brush) and and UFIP set (stick) and 2 additional Ride Cymbals (Turkish and UFIP) and 7 additional snares (Ludwig, Gretsch, Pearl and Tama).

These kits have set the bar for classic drum sounds due to the large number of classic hits from the mid sixties and until the beginning of the eighties that were recorded using them.

The production concept gives users access to these classic kits, but with a more modern approach to sound production and mic choice. This approach guarantees fresh new sounds can be created with these 'classic' drum kits.

The kits come with 4 sets of cymbals sampled from a Zildjian set (sticks and hotrods) and a Turkish set (sticks and brushes) and additional Cymbals (Sabian and Ufip) and 6 snares from Ludwig, Sonor and Tama, presented in 13 different versions.

These kits have been extensively used since the '90s to craft some of the best selling music ever recorded.

Drums that have a Majestic Sound 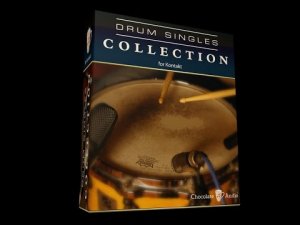