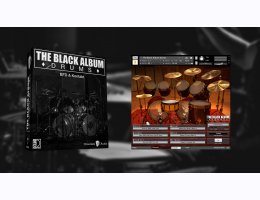 The Black Album Drums is a drum library for Kontakt 5.5 (full version) inspired by the drum sound featured on the "Black Album" by Metallica from 1991.

It features the kit played on that record, not just the same model, that exact kit (a 1980 Gretsch with Zildjian cymbals and a Tama Bell Brass snare)

In addition to the original kit, there are 2 additional snares, a Ludwig 1970s and a vintage Black Beauty, dual kicks (L&R), 5 toms, 4 crash cymbals, an additional china and ride cymbal.

Chocolate Audio approached the production of this library with an enormous amount of respect and love for the sound they wanted to capture: one of the signature sounds of the history of Rock and Metal music. 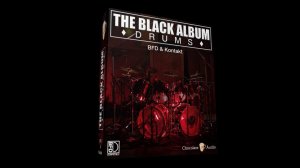 Making Of The Black Album Drums