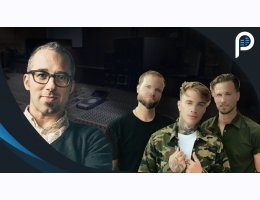 In this 2-hour mixing tutorial, Joel Hamilton opens up the multitrack for Highly Suspect’s hit single "My Name Is Human" on his SSL console and then creates a new mix of it on camera, explaining every thought and decision that he makes along the way.

This video is an in-depth look at what it's like to mix a hit rock song from a massive band, using the best of both analog and digital tools.

In this tutorial, Joel explains:

- His workflow in detail, including session setup, gear, routing, revisions and delivering mixes to clients.
- How he uses an SSL Console and Outboard processing to shape the tone of the record and then moves into the box to fine-tune the mix
- Uses outboard time-based effects like an Effectron II, AKG BX10, and a Bricasti M7
- Sets stereo bus EQ and compression
- Prints to a dedicated print machine w/ separate hardware and then does additional digital processing after printing stems from the analog mix.
- How to slave multiple computers together to harness more processing power.
- This is your chance to take an exclusive look at Joel's mixing techniques, thought process, and the approach that he has used to sculpt countless hits.

After you have seen how Joel mixed it, download the multitrack session and mix the same song for yourself to practice what you have learned.