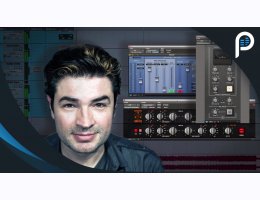 What's On Your Mix Buss

It is one of the most discussed topics in audio, and often one of the least understood. How many times have you heard "This is the best 2 bus compressor" or "This EQ really shines on the mix bus!"? But does that mean that it is the right piece of gear for the material that you are working on?

In this pureMix.net exclusive, Grammy Award Winning Engineer Fab Dupont explains his approach and philosophy to 2 bus processing, breaking down each step of his chain and the role it plays toward creating a tone for the track.

Learn how Fab sets up his two bus chain with:

Once you have seen how Fab does it, download the mix he is working on and use what you have learned to create a 2 bus processing chain that works for you!

Learn the principles of Mix Bus Processing, from Fab Dupont.