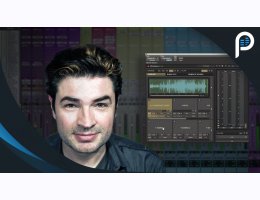 How To Listen - Reference Mixes

In general, our ears can be extremely impressionable from day to day. Some days we'll hear a piece of music and think it is dark. The next day, we may feel it's bright. All of this can cause havoc when trying to mix.

Sure, we think we know our speakers and our rooms, but even then it's easy to forget things like "how bright should this be?" "Do I have enough low end in my mix?"

Enter reference mixes. Reference mixes can serve as the roadmap to a great mix, and they can help answer questions when you find your ears feeling confused.

In this pureMix.net Exclusive, Multi Award Winning Engineer, Fab Dupont explains how he uses reference mixes to establish a baseline while he is mixing in different rooms, after long sessions, and as a tool to calibrate his own ears each day.

Learn how to find and use your own reference mixes from Fab Dupont.