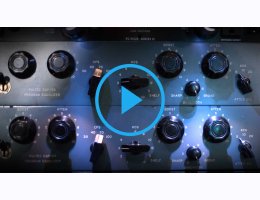 How To Listen - Pultec Edition

How to listen to the prized characteristics of this EQ

The Pultec series of equalizers live in the family of prized analog gear, shrouded in mystery. Regarded as magic boxes on the stereo bus, a must-have component of the most magical vocal chains, and so on, the Pulse Technologies Pultec EQs have been on thousands of recordings and earned their place in recording history.

But what about understanding them? The concept of boosting and cutting at the same frequency can be confusing, and there are many versions. Tube, Solid State, silver face, blue face, EQH-2s, MEQ-5s, EQP-1As, Oh my!

In the latest installment of our How To Listen Series, Fab Dupont explains what makes the Pultec series of EQs unique and highly sought after and teaches you how to listen to the prized characteristics of this EQ.

- The history of the Pulse Technologies Pultec EQs.
- How to add weight and sparkle to tracks using the Pultec's unique curves.
- How to use the mid-range version of the EQ, the MEQ-5.
- An invaluable technique for both boosting and cutting at the same frequency and why it works.
- And see Fab demonstrate examples of these techniques on both plugin versions and hardware versions to help you print the tone of the Pultec equalizers in your head. 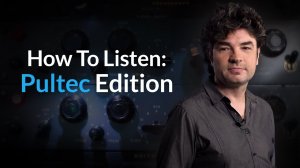 00:01:16 by PureMix Feb 27, 2020
Presented in this video, the Pultec series of equalization live in the family of prized analog gear, shrouded in mystery.