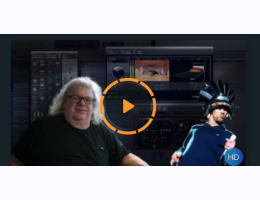 Inside The Mix - Jamiroquai with Mick Guzauski

Grammy Award Winning Engineer, Mixer, and Producer, Mick Guzauski, has made a name for himself as one of the top mixing engineers in the world. With over 27 #1 singles, few have risen to the heights of success that Mick has.

In this pureMix.net Exclusive, Mick opens his mix of Jamiroquai's song "Vitamin" to explain his thought process, workflow, and techniques that he used to create this incredibly tight, punchy and exciting mix that manages to have a ton of space without ever losing the impact of the tight performances.