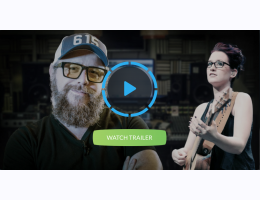 In this pureMix.net Exclusive, F. Reid Shippen opens the multitrack of Ingrid Michaelson's "Afterlife" to dissect the choices he and the producers made during production and remix the song in front of you to explain his thought process, workflow, and techniques that have helped him achieve success as a first call mixing engineer.

- Sets up his sessions before he starts mixing
- Adds multiple layers of drum samples to craft powerful tones that cut through the mix
- Blends multiple outboard compressors and eq chains as well as plugins in the box to sculpt the perfect lead vocal tone
- Maintains perspective throughout the mixing process
- Manages headroom
- Explains the collaborative process with Jacquire King for this song
- Checks Mono Compatibility
- Creates contrast between sections of the song
- Uses his pop shine trick on the lead vocal
- Uses 2bus processing
- Once Reid has the mix at a place where he feels it is ready to present, Co-producer, Jacquire King, stops by Robot Lemon to listen and add some final tweaks with Reid. 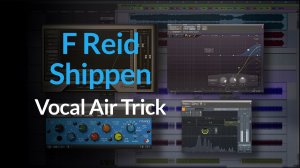 How To Get That Sheen on Vocals Tutorial

00:04:17 by PureMix Jul 4, 2020
In their vocals video, F. Reid Shippen Demonstrates how to get that sheen. Check out the vocal air trick of his. It is sure to add that extra something to your next vocal.