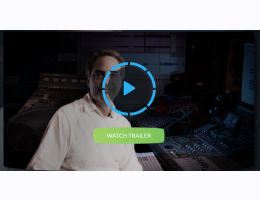 That's how long the smash hit "I'm Yours," penned by "Jason Mraz, spent on the Billboard Hot 100. But that is not the only stat-shattering record this feel-good single set. It is also the tenth best-selling digital song of all time in the U.S. with 6 million downloads and 12.2 Million worldwide. Not a bad day's work...

Behind this chart-topping hit, is one of the world's most revered mixing engineers, Tony Maserati. Tony is no stranger to the charts, with smash hits on records from Beyonce, Mary J. Blige, Notorious B.I.G., Puff Daddy, and Queen Latifah, Selena Gomez, Lady Gaga, Robin Thicke, and pages more.

In this pureMix exclusive video, Tony opens up the multitrack of "I'm Yours" and creates an entirely new mix of the chart-topping hit. Along the way, he breaks down everything from the origin of the song and creating a plan of attack for a mix to his meticulous attention to detail with automation.

- Explains the origin of the song
- Discusses how he finds the direction for the mix
- Address the rough mix
- Adds dimension and width to the acoustic guitar using short delays
- Adds texture and a little bit of attitude to the bass guitar using tape saturation
- Explains why he tries not to interrupt playback as much as possible.
- Automates E.Q.s on individual elements for different sections of the song
- Talk about the process of creating the radio edit
- Sends drums into a mono delay, which feeds a lightly blended reverb to add a unique depth to the drums
- Adds personality to the mix with precise automation while looping playback and reacting intuitively
- Compares multiple plugin bus compressors while searching for an alternative for his hardware pendulum es8
- Revisits the original mix and compares this new version

This is your chance to sit next to legendary mixing engineer Tony Maserati and discover his thought process behind the mix of a smash hit. After you have seen Tony mix it, download the stems, and apply what you have learned to mix a hit for yourself!