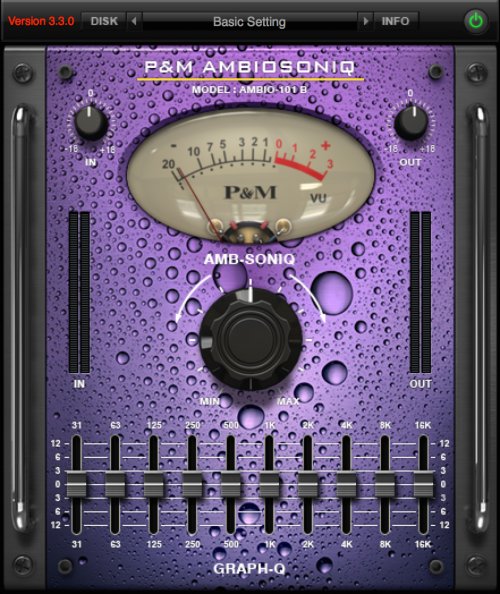 This plug-in looks like an 10-band graphic EQ but it does much more than that. The old school engineers will recognise the added "Ambience" knob that adds incredible depth to the stereo field.

Ambiosoniq comes equipped with fixed frequencies to boost and cut to achieve the optimum effect you want to get.

When used on a stereo track or effects return it adds stereo depth and width to the signal being processed. So it is much more than a simple graphic EQ.