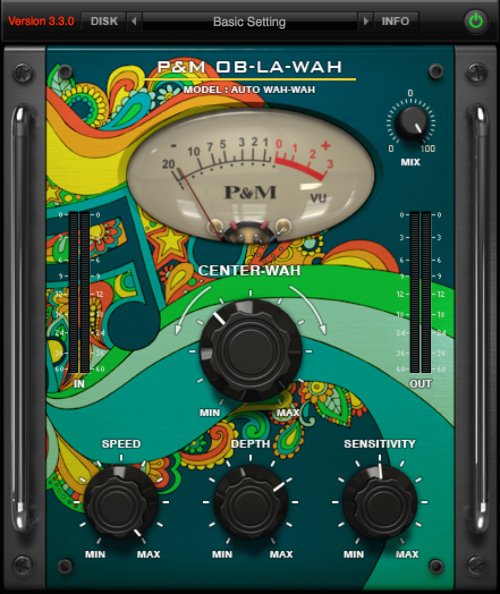 Don't have a wah-wah pedal in the cupboard? Don't worry, OB LA WAH will step in and provide the "vintage" sounds you need with all the possibilities that full automation gives you.

Based on the emulation of a popular Wah-Wah pedal, this effect responds to the dynamics of the input sound.

The result is a funky and psychedelic effect that sounds great on guitars and keys. Use this colorful effect to modulate any sound source and make your tracks sing.