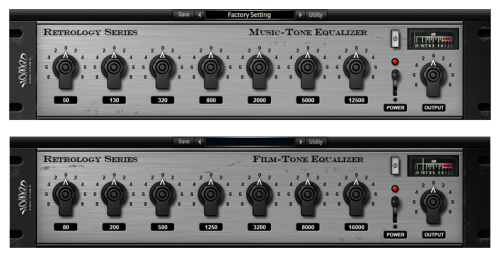 The plug-ins provide a simple and functional Vintage/Retro-Style interface, as well as low CPU consumption for lightening-fast processing. It is time to add the Motown vibe to your mix.

The Retro Music-Tone is a 7-band passive equalizer plug-in emulation of the hardware version used exclusively by Motown engineers. Like in the original hardware units, we have recreated the proportional Q which means that there is no adjustable Q bandwidth : small boost/cuts have a very broad Q and greater boost/cuts have a narrower one. You just have to adjust the gain of each fixed frequencies (from -8dB to +8dB) according to taste and the resulting tonal color.

Like his brother above, the Retro Film-Tone is a 7-band passive equalizer with fixed frequencies and Proportional Q emulation of the hardware version used exclusively by Motown engineers. As you can see, the overlaping frequencies make it possible to use both plugins together on the same track / bus so that it gives you a total of 14 bands. 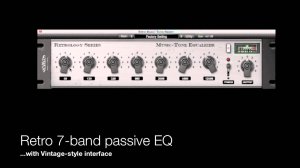 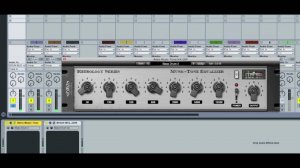