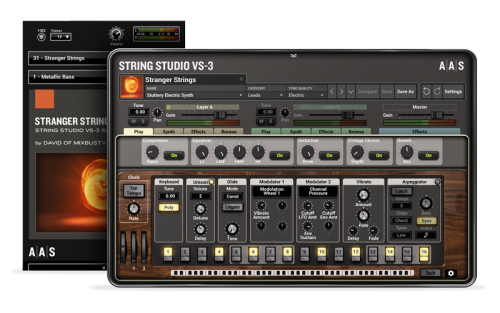 David does not only host of one of the most highly regarded and trusted Youtube channels in the music production industry but is also a platinum mix and mastering engineer with a past as a professional musician, songwriter, and arranger. Now, with this sound pack, he shares his creativity and ideas for modern productions.

With plenty of arpeggiators, leads, deep basses, or one-shot sound effects, layering your tracks with Stranger Strings brings a fresh air to your music.

Made with performance in mind, these sounds morph and change based on your playing and sensibility—they go far beyond their description. And, as the main voice on your mix or as rhythmic textures Stranger Strings can be the finishing touch you're after! 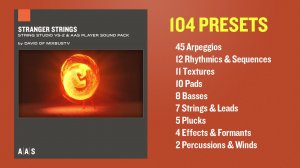