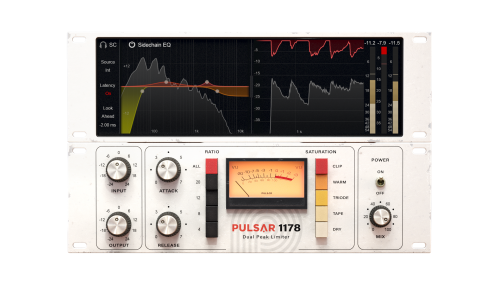 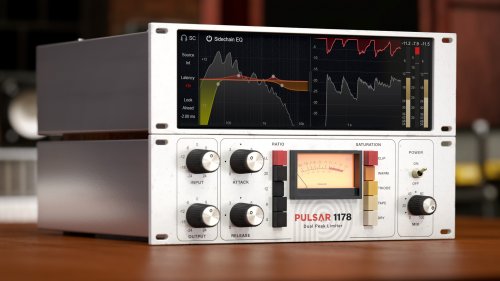 The most versatile FET Compressor

A perfectly emulated and enhanced FET compressor. Fast, characterful and versatile, it is the ultimate control for modern mixes.

A compressor that eats transients for breakfast, the 1178 is a rare and expensive legend of the recording studio, cleaner and more versatile than its older brother, the 1176. The 1178 has been used by great producers including Chris Lord-Alge (My Chemical Romance), Bob Clearmountain (Rolling Stones, Christina Aguilera), Yvan Bing (Phil Collins) and Nigel Godrich (Radiohead).

Pulsar have taken the 1178 further than the original unit, adding all the features you would expect from a modern, versatile plug-in, including a full sidechain EQ for added control, an optional saturation stage for warmth and character, and precise metering.

FET compressors take their name from an electronic component called a Field Effect Transistor (FET), which is at the heart of the gain reduction system. These compressors generally offer a much faster action than other compression technologies (vari-mu, for example), and have a rather warm and rich sound character.

FET compressors do not usually have a threshold control, as the threshold is fixed. The compression level is adjusted by playing with the input gain of the compressor.

Note that, as on the 1176, it integrates the famous "All-buttons" mode or "British" mode, which makes to possible a compression ratio close to a limiter, and most importantly, the characteristic musical distortion of this mode. 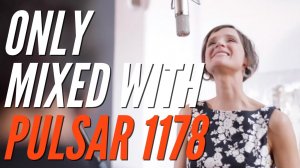 00:01:26 by Pulsar Audio Feb 15, 2021
Pulsar 1178, a perfectly emulated and enhanced FET compressor in use in this mix. Fast, characterful and versatile, it is the ultimate control for modern mixes. 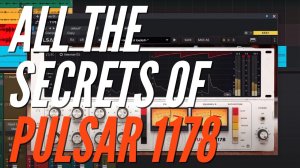 00:10:02 by Pulsar Audio Feb 15, 2021
This present presents the extensive features of a unique compressor that eats transients for breakfast. The 1178 is a rare and expensive legend of the recording studio, cleaner and more versatile...