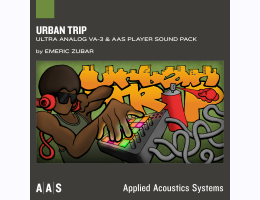 All presets come with powerful macros allowing you to morph sounds into new ones, making this sound pack highly versatile with its wide range of sonorities. With BLAKE’s Urban Trip, you'll have everything you need to create a catchy, head-nodding track with tons of character.