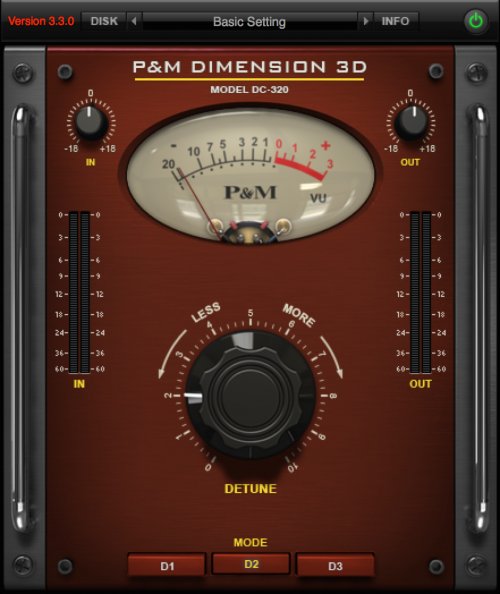 Based on the famous Roland SDD320 - 'Dimension-D' released around the late 70's, this unit adds the highly sought after detuning effect heard on countless classic rock records and that continues to be used on modern club tracks.

Press one of the 3 "Selector" Knobs to Choose between 3 detuning modes and then adjust the overall strength of the effect with the big "Detune knob". Use the "In and Out" knobs at the top to adjust the signal input and overall out.