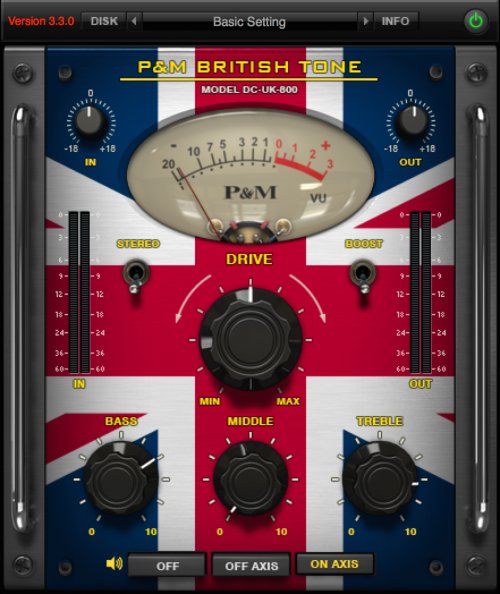 The P&M British Tone is an extremely versatile guitar amp plug-in that can deliver anything from sweet sound, warm overdrives to edgy overtone-rich distortions. It features detailed sounding nuances, as well as one of the most musical British amp-like distortion that is never flat or muddy.